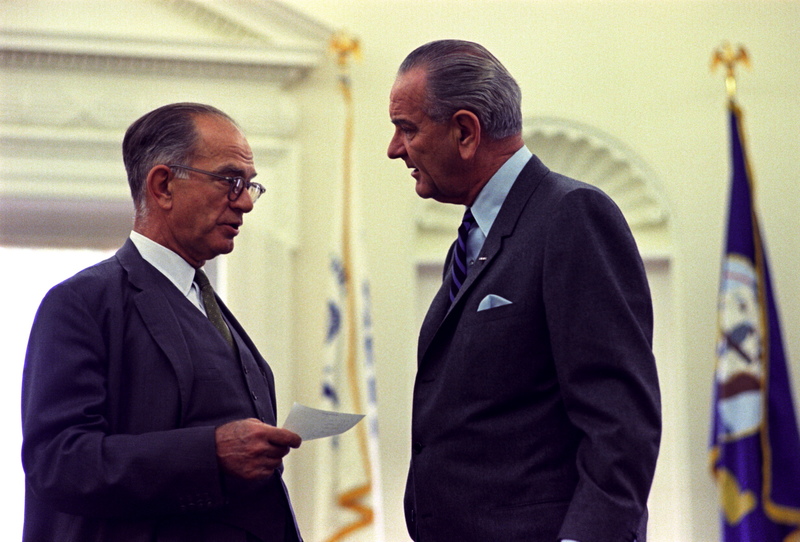 Bio: James William Fulbright (b. April 9, 1905, Sumner, Mo.-d. Feb. 9, 1995, Washington, D.C.), graduated from the University of Arkansas, was a Rhodes scholar from Oxford University, England, and graduated from George Washington University law school. He was involved in a number of fields during the 1930s: attorney, U.S. Department of Justice; law instructor and lecturer; president of the University of Arkansas; the newspaper business, lumber business, banking, and farming. He was elected as a Democrat to the U.S. Congress, serving one term, from 1943 to 1945, and to the U.S. Senate from 1945 to 1974. He served on key committees including Banking and Currency and Foreign Relations. Senator Fulbright was awarded the Presidential Medal of Freedom in 1993 and was the founder of the Fulbright Program, a prestigious international exchange program.