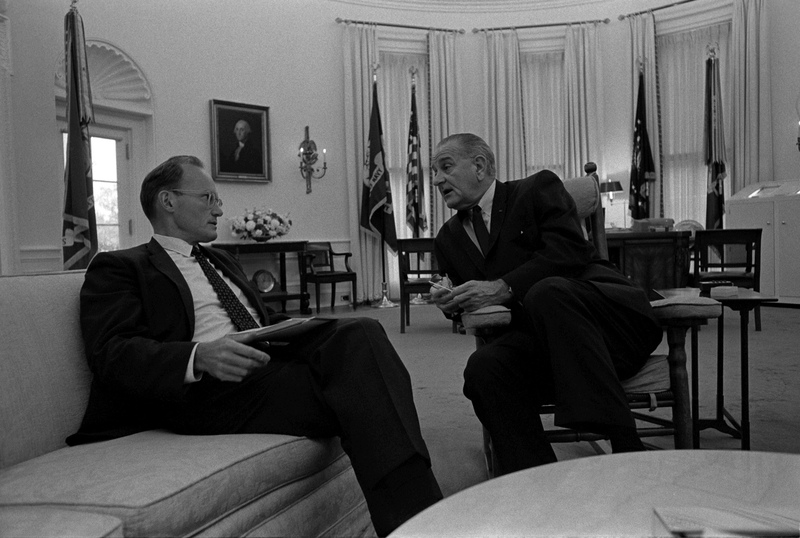 Bio: McGeorge Bundy (1919-1996) was the national security adviser to Presidents John F. Kennedy and Lyndon B. Johnson. In 1949 Bundy became a lecturer of government on the Harvard University faculty. He quickly rose to become the dean of the College of Arts and Sciences at age thirty-two. Bundy left the university in 1961 to serve as a special assistant for national security at the request of President John F. Kennedy. After the assassination of President Kennedy, Bundy became an advisor to President Lyndon Johnson, whom he counseled to escalate military actions in Vietnam. Bundy left the White House in 1966 to head the Ford Foundation. During his thirteen years at the Ford Foundation, Bundy refocused the organization's efforts on race relations. The next decade he spent teaching history at New York University. During this time Bundy published his Pulitzer-prize-winning book Danger and Survival: Choices About the Bomb and the First Fifty Years, in which he chronicled decisions made about nuclear weaponry. From 1990 to 1993, Bundy chaired the Carnegie Corporation's committee on reducing nuclear danger.